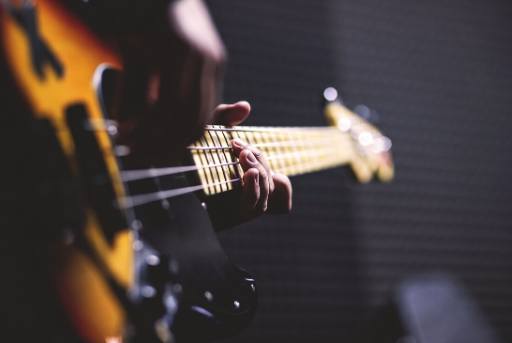 The power of mindset – what could you achieve?

At the tender age of 12, some friends of my parents took me to see the famous stage production of the rock opera, Jesus Christ Superstar which had just opened at the Palace Theatre in London’s West End.

My parents only ever listened to Mozart and Beethoven, so I’d never heard any rock. Well… I quite literally didn’t know what had hit me – I was totally blown away – mind-blowing didn’t begin to describe the impact it had on me.

Is it natural talent that turns dreams into reality?

It was from that moment that I decided I had to become a rock star! I was convinced I had what it took. So, I persuaded my parents to buy me an electric guitar (they’d have preferred a cello!). I also had a few lessons to help me on my way to stardom!

Unfortunately, it didn’t quite turn out that way. I had imagined I could just become a guitar hero, because I wanted to – I hadn’t realised it would take study and practice – I thought “if you had what it took, you wouldn’t need to bother with boring stuff like practice”. If I had to work at it, surely that would mean I wasn’t a natural.

How can your mindset affect your goals?

This kind of thinking is what Stanford Psychologist, Dr. Carol Dweck, calls a “fixed mindset”– the belief that some people are born with natural assets, and others aren’t. This type of thinking dismisses the role of developing skills over time through practice. A fixed mindset often leads to unfulfilled goals and dreams, and ultimately disillusionment.

This is what I experienced with my rock star ambitions – I gave up the guitar at the age of 16, as I couldn’t find any evidence that I was getting better (hardly surprising as I didn’t practise).

How can we change our mindset?

I buried my ambitions, along with my guitar, resigned to the fact that I “didn’t have what it takes” after all. We call this “somebody/nobody syndrome” and, unfortunately, I was a nobody!

But then, after I turned 40, I thought I’d give it another go. This time with a bass guitar.

Having dismally failed in my teenage years, I was more sanguine about my ambitions this time. I was going to enjoy the journey, rather than have a fixed mindset about the destination.

My first good move was to find some people to play with – this meant I’d have to practise to learn new songs and I’d have a strong support network. 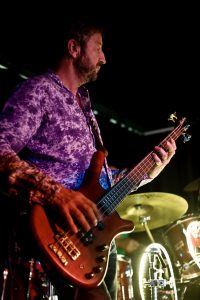 Very soon, I realised that I would also need some lessons to speed the process along. Very similar to my teenage years, lesson were not my favourite part. It was a painful process because I also had to un-learn a lot of dreadful habits I’d picked up. This meant regressing to a beginner level and having my abilities thoroughly criticised (fixed mindsets never like criticism!). I had to be willing to practise in a structured way, in order to develop the correct techniques, to allow me to progress further, but I wanted to do it – for myself and for the band. So, I committed to just a little practise, every day, consistently.

This motivation alongside the belief in my abilities, allowed me to adopt a “growth mindset”, this time around.

After several months of lessons and practice, I could really see progress. I could now see how my technique was enabling me to play far more complex songs, which spurred me on even more.

The need for motivation struck a chord

Playing in the band was critical. It motivated me to continually improve. I would have had little motivation to practise and improve without the sheer joy of playing with other people. Our band, Dorsal Fin, has now been together for 18 years and, as I continue to make small but steady improvements every week through “purposeful practice”, the band mirrors my personal journey. We love what we do and, even after 18 years, we strive after excellence and want to try out new ideas and more challenging songs. We are all open to feedback and continuous improvement – you could say that the whole band has a growth mindset!

From individual growth to organisational growth

Are you ready to apply this in the work place or to your unfulfilled ambition? Find out how you can cultivate positivity and happiness in yourself and your staff to drive peak performance and create a whole organisation growth mindset.

Speak to me about my one-to-one coaching and bespoke leadership and mindset programmes to uncover those limiting beliefs and fixed mindsets. Then, let’s make the switch.

6 ways to lead through upset and adversity Present bias – why New Year’s resolutions so often come to nothing The science of optimism and resilience – retrain your brain Leadership mindset – are you a mulitplier or diminisher? Want to play guitar like Jimi Hendrix – is it nature or nurture? Want to be more like Richard Branson? Here’s how …