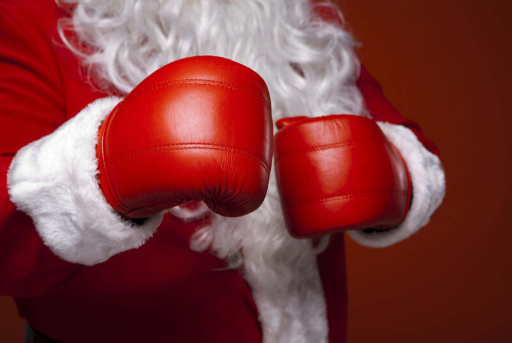 The neuroscience of conflict and emotional regulation

I recently got into an argument with a family member and with Christmas coming up it reminded me that this is often a time for conflict. Understanding its scientific roots might help reduce its impact.

The part of the brain that is responsible for detecting threats is called the amygdala. In our hunter/gatherer days a threat would have been a large predator so this was critical for our survival.

Today physical threats are rare, however our brain hasn’t evolved at the same pace as our environment so our threat-detection circuitry is still highly attuned. Threats today are more likely to be to social threats, and the brain treats these in exactly the same way as physical threats.

A particularly powerful threat is what David Rock of the NeuroLeadership Institute refers to as a status threat, where we feel someone is belittling us or trying to get one over on us.

We are particularly sensitive to status threats because in our hunter/gatherer days, being further up the hierarchy, meant more food and mating opportunities. Being lower down the pecking order meant less food and sex!

When somebody upsets us, this triggers a threat, and instantly engages our non-conscious brain in a freeze, fight, flight response.

A fight response will mean we argue back, verbally attacking them to re-assert our status. We must win the argument. We must be right!  We are hijacked by our emotions. Our non-conscious brain is doing what it is designed to do.

However once we’ve calmed down we may regret our hasty reaction. But by then it’s often too late – the damage has been done. The old adage ‘words said in anger are hard to take back’ bears much wisdom. As does the advice from my grandmother, ‘count to 10 dearest’.

If the perceived ‘attack’ is from our boss, fighting back might be detrimental to our career prospects! In this case our non-conscious brain might choose a freeze or flight response. This will mean we disengage, bear a grudge or harbour resentment – often ruminating for days about what we’d like to have said.

Whether at home or at work, managing social interactions is a fundamental necessity. It is one thing to do it when things are going well, but to do it in the face of conflict and adversity is the sign of real mastery

The brain is a social organ

According to neuroscientist, Matt Liebermann, rehearsing social interactions in our imagination is evolution’s way for us to get more skilled in being social. Our brain is a social organ and our human competitive advantage comes from collaboration with others.

So how do you best manage conflict? Firstly recognise that your brain is designed to react to emotional triggers. These are your survival instincts and, whether you like it or not, you will respond on autopilot with a fight, flight or freeze response.

Once I did this, I was able to actually feel empathy towards my antagonist and the poignant sting I’d felt greatly receded. This short-cuts pointless battling, entrenched opinions and the risk of escalation.

Whether at home or at work, managing social interactions is a fundamental necessity. It is one thing to do it when things are going well, but to do it in the face of conflict and adversity is the sign of real mastery.

Caroline Gumble Interview – CIOB Event Be the reflection of how you want your employees to be Decision-making: can you trust your instincts? Performance review – love it or hate it? Keep your sales message simple – or your customer switches off Cognitive biases that prevent delegation and growth