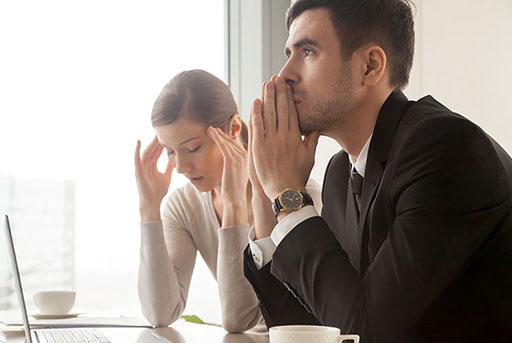 Nine ways to boost your confidence at the negotiating table

I am starting with self-confidence because it is so pervasive to the whole negotiation process. It operates at a largely subconscious level, with any lack in confidence being easily picked up by the other party and exploited (again largely subconsciously).  Such survival instincts have been finely-tuned since our hunter-gatherer days to deal with threats and opportunities on the savanna plains.

Given that self-confidence can be the single most important thing that determines success or failure at the negotiating table, it is surprising that it is hardly addressed in most negotiation training.  And when it is, it is based on dubious scientific evidence such as adopting power postures before the negotiation.

In this article I look at nine ways to boost your self-confidence at the negotiating table.

First and most obvious is good preparation. I notice when I am under-prepared for a meeting, I lack a certain sense of self-assurance. There is a well-known cognitive bias called the overconfidence effect which means that we leave “boring” jobs like preparation till the last minute, thinking “it’ll be alright on the night”.  I always encourage a team-based mind-mapping approach to preparation in our negotiation training.  This is not only fun, but incredibly powerful as it allows unusual perspectives and tradables to be unearthed. It also means knowledge is shared across team members. Role-play is a very powerful way to prepare as well – knowing and doing are very different skills!

The second element to confidence I discovered very early on in my sales career. Back then I would always be nervous before sales meetings, thinking I had to say incredibly intelligent things and be the font of all knowledge. You can imagine what stress this put me under.  When I discovered the first stage of selling or negotiating was discussion, getting to know the other party and their concerns, this immediately put me at ease. The stress of feeling I had to impress instantly evaporated.  It was more like being at a cocktail party! Unfortunately though, most people begin negotiations blurting out their figures and what they want. This instantly sets the negotiation up with an us and them mentality and invites them to beat you down.

Most people don’t even realise that there is a process to negotiation, so they go in underprepared and get hit and miss results.  We have a five-stage negotiation funnel with different activities at each of the five stages (prepare, discuss, propose, trade, close). This provides a solid structure so you are confident about what you should be doing (and what you shouldn’t be doing) at each twist and turn of the negotiation.

A barrier we often build for ourselves at the negotiating table is thinking of the other party as “the opposition”, creating a win/lose mentality.  Often this is only at a subconscious level, but for some even the word negotiation sends shivers down the spine.  Much more useful is to think of the other party as a partner. Imagine if the other party said to you, how can I help you get what you want? That would instantly create a dynamic of mutual help rather than mutual distrust.  After all, why would they be spending their valuable time negotiating with you if you didn’t have something that they wanted?

5. Questions rather than telling

Let’s say the other party has suggested a price for a piece of work that you think is outrageous. Your initial reaction might be to tell them this is not even in the ballpark! This can only lead to a negative reaction.  If instead you simply asked, how did you arrive at that figure, the onus is now on them – to justify how they came up with their proposal.  This will either give you new information, or else it will reveal an over-inflated proposal. Either way, asking questions is often a much better policy than making statements.  It gives you thinking time, and releases some of the pressure.

This next piece of advice, many of my clients have told me has transformed the negotiating culture within their company – it is simply: never give something without getting something in return. Imagine being told that you need to reduce your prices by 10%. Your knee jerk reaction might be to minimise your losses and try and meet them halfway. A better tactic is to ask them for something in return. You might for example say, if you give us a two-year contract, we could consider a preferential discount. This instantly avoids you making unilateral concessions, putting you on the back foot, and further eroding your confidence.

Giving them choices is next on the list. If they don’t like your initial offer, think how else you could slice and dice your offering so it’s structured in a different way.  Much research has shown that human beings love being given choices, it creates autonomy and makes them feel in control.  This emphasises the importance of uncovering as many tradables as possible during the preparation phase. The more tradables you have, the more flexibility.

There is nothing worse than going into a negotiation knowing that if you don’t succeed you don’t have any other options. This instantly puts you in a weak position. Make sure you have a viable backup plan before any negotiation, in case you don’t reach a satisfactory outcome.

Finally, I often get asked how do you deal with aggression? My response to this is rather counter-intuitive.  On the very few occasions when I have faced aggressors, I have always ended up with a more than satisfactory outcome – why? If someone is aggressive or bullying, it is because this strategy has often worked for them in the past. I know of no negotiating training that encourages aggression – on the contrary empathy is the negotiator’s superpower. Often, aggression is the only trick in their toolkit. So remain steadfast, don’t reward aggressive behaviour with concessions and you will normally get what you want.

Ready to invest more in you and your people?

We would love to help train you and your people and ensure they feel motivated, engaged and innovative in their work.

Explore our broad range of programmes and speak to us about how we can curate a bespoke series of trainings to meet your needs.