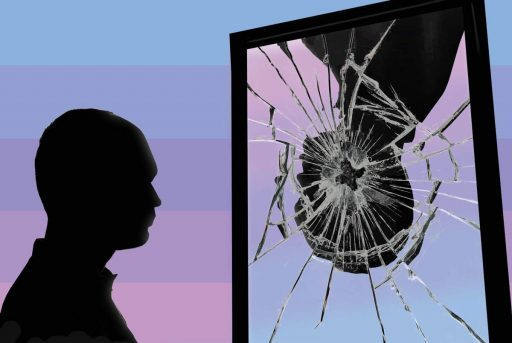 Be the reflection of how you want your employees to be

Have you ever wondered why a sad film makes you cry? Or why a tense drama has you on the edge of your seat?

In this updated blog post, originally published in October 2017, we explore the power of the brain and how what we see and experience can trigger specific responses. Let me tell you more about the role of mirror neurons and how your leaders can directly influence the behaviour of your employees. 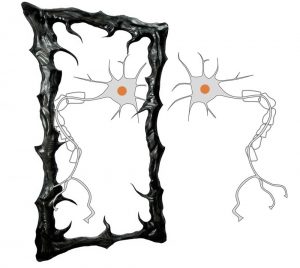 Why do we react to what we observe?

The reason a sad film makes you cry or a why a gripping drama makes you feel tense is due to mirror neurons. They were first discovered in the 1990s, by Dr Rizzolatti, at the University of Parma.

A mirror neuron is a brain cell that fires both when you do something and when you observe the same action performed by someone else. When watching someone else, the neuron mirrors the behaviour of the other person, as though you were doing it yourself. For example, if I see someone sipping a cup of coffee, those same neurons fire in my brain to make me want to do it too. I remember the taste and the feeling, even though I am not the one physically drinking the coffee. Similarly, if you are having a good conversation and you feel you are in rapport with someone, you often subconsciously adopt the same posture, physically – another example of mirror neurons in action.

In his book, The Empathetic Brain (2011), neuroscientist, Christian Keysers, illustrates the point. He states: “Your heart beats faster as you watch a tarantula crawl on James Bond’s chest in the movie Dr No, your hands sweat and your skin tingles under the spider’s legs. You feel scared, tense, and, finally, relieved when Bond manages to escape the danger. We are essentially empathic.”

Having empathy with a person and situation, better enables us to understand the actions of other people, and, importantly, to learn new skills by imitation.

In our hunter-gatherer days, if we saw someone getting sick from eating poisonous berries, we wouldn’t want to make the same mistake ourselves. The human race wouldn’t have survived long like that.

The brain is designed to befriend and interact with fellow humans. Our very success as a species depends on co-operating with others who have specialist skills to complement our own. Mirror neurons facilitate the organisational learning process.

We are all familiar with clichés like 'lead by example' and 'walk the talk'. Mirror neurons help explain the truth behind such adages.

What can business leaders learn from understanding mirror neurons?

We are all familiar with clichés like ‘lead by example’ and ‘walk the talk’. Mirror neurons help explain the truth behind such adages. It is so important to personify the behaviours we want to see in others, especially in business.

The Holy Grail for most organisations is a happy, positive and energised workplace. It should now be obvious why a manager’s mindset, reflected in their behaviour, is critical in creating that culture. A manager who looks for the positive, complements others, and coaches them to raise their game will activate those same mirror neurons in their employeess.

By contrast, a downcast, critical manager will only spread negativity. I would suggest that as a leader or manager, it is their duty to transcend their own feelings, and invoke in themselves how they want their team to feel.

For example, many times I have had to give a conference speech early in the morning after a sleepless night-flight. If I came on stage tired and yawning, I’d send my audience to sleep. I have to create in myself the energy and excitement with which I want to infect the audience. They will literally pick up “my vibe”. It is no different for business leaders – they have to be the culture that they want to create.

There is more than just my anecdotal evidence to support this kind of ‘reflection’ of behaviour and feelings. Neuroscientist, David Eagleman, Aassociate Pprofessor at Stanford University, conducted experiments whereby he asked subjects to simply look at photos of people in differing emotional states. Eagleman discovered that those same emotional states were mirrored back in the faces of the subjects, and actually detected in their brains. What this means is that just by looking at a happy face it actually makes you happy!

How does she feel? Now, how do you feel?

With a twist to the experiment, Eagleman then repeated this on subjects who’d had Botox treatment. Botox is a toxin that paralyses the facial muscles and so impacts the way a person can smile. Those unable to mirror the smiles in others could not activate their own “smiling” neurons. They were consequently starved of happy signals within their own brain, reducing their empathetic responses. How ironic that people use Botox to feel good about themselves, yet it actually has the opposite effect!

Thanks to mirror neurons, being generous and giving towards others is the ultimate in win-win. It not only makes their day… it makes yours too! However, we appreciate that always adopting a positive and encouraging atmosphere attitude is not easy…but it is possible. It is all about mindset.

If you want to help your managers and leaders to use positive behaviours that will be reflected in your staff and employees, then speak to us about the trainings we offer. They truly transform teams.

DISCOVER THE POWER OF OUR MINDSET TRAINING

Caroline Gumble Interview – CIOB Event Decision-making: can you trust your instincts? Performance review – love it or hate it? Want to play guitar like Jimi Hendrix – is it nature or nurture? Want to be more like Richard Branson? Here’s how … “Playing it safe is a risky business” – are YOUR plans bold enough?