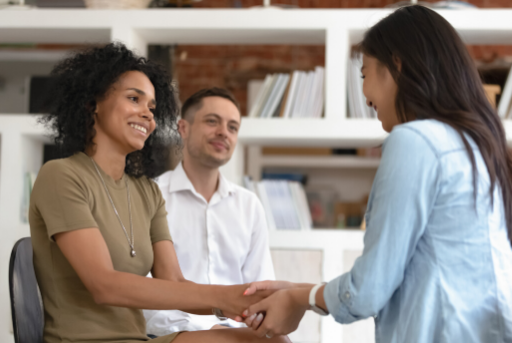 In the words of the FBI’s former lead hostage negotiator, Chris Voss, “if you don’t create empathy with the hostage-takers, the hostages die.” How different this is to the approach many of my clients take, where both sides view negotiation as a battle of wills…where muscle-flexing is more important than empathy, understanding and problem-solving.

Recently, I was able to share the important role of empathy in negotiation with a client, George, at just the right time. George, his siblings and their parents were involved in unpleasantness over the sale of a family property.  Things had been rumbling on for a year, but it was all coming to a head. George felt he was getting significantly short-changed and that the family were ganging-up on him, coercing him to concede.  This pre-occupation was badly affecting George’s performance at work.

He was on the receiving end of what is known as a fairness threat. He felt that he was being treated unfairly, triggering the amygdala’s freeze-flight-fight response – not very useful in a negotiation situation.

I explained to George that the brain is a social organ. The very success of the human species lies in its ability to collaborate.  The brain craves connection with others.  To reward and reinforce this, it releases dopamine and oxytocin which make us feel good, when those connections are made.

Creating empathy is the first rule of negotiation.  Help the other party get what they want, and ninety percent of the time this will be reciprocated.

Reciprocation is a key tool in influencing because it triggers the fundamental human value of fairness (represented in the orbitofrontal cortex). Charities exploit this by giving you a free gift, like a pen, in the hope that you will reciprocate with a donation.

However, our instinctive responses at the negotiation table when pushed are either to push back, further reinforcing entrenched positions (fight), or to concede (flight).  In both cases, the amygdala instructs the hypothalamus to release stress-based neurotransmitters, cortisol and noradrenaline.  This creates a narrow self-preservation focus – great for escaping danger on the Savanna plains, but the last thing you want in relationship-based business negotiations!

If the first rule of successful negotiation is to create empathy, the second rule is to listen and ask questions, rather than to issue demands.  This doesn’t mean that you have to agree with the other party, but make sure you don’t invalidate their perspective. Really listen to what they are saying.

Empathy and reciprocation work through emotional contagion.  Our own mirror neurons fire to create the same behaviours that we witness in others. Oxytocin increases empathy and care-giving, which, in turn, increases dopamine to reward these behaviours – a virtuous cycle.

However, oxytocin is a two-edged sword. It also creates mistrust and suspicion of the out-group.  This is why it is so critical to get the other party on board – alienate them at your peril!

By listening and asking questions, rather than arguing back, George soon found out that some of his siblings had similar concerns to him. These only came to the surface once a discursive rather than combative style had been adopted. Many negotiations fail because the all-important ‘discussion phase’ is skipped. Too often, we head straight for numbers and haggling.

By listening and empathizing with the needs of the rest of the family, George was able to achieve a resolution everyone was happy with.

Seek first to understand and then be understood!

The importance of emotional buy-in

In negotiation, logic and figures are important back-up tools, but if you don’t get the emotional buy-in first, forget it!  Emotions are the way the unconscious communicates its decision to the conscious mind, not the other way around. Following these simple rules will enable you to build good, long-term client relationships, even during the toughest negotiations.

Sinful negotiation behaviour – ways to avoid losing out Be the reflection of how you want your employees to be Decision-making: can you trust your instincts? No more price concessions! Tradeables are your secret weapon! Bluffing in negotiation – signals to look out for! How to throw away money & wreck relationships