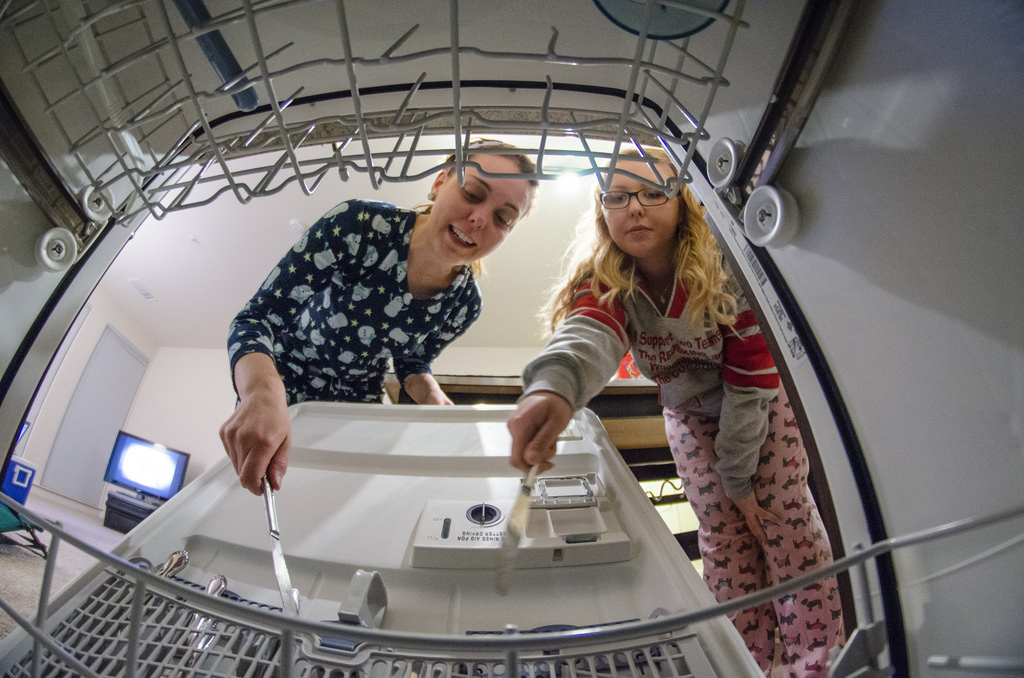 I don’t have time to delegate!

When my children were young, as well as running a demanding business, I was a single parent.

One of the things that really got to me was that my kids couldn’t even load the dishwasher properly.  Surely that was the least they could do after I’d cooked the dinner!

They’d put the plates in the wrong section, the cutlery the wrong way round and the glasses upside down.  I’d get increasingly irritated as I re-stacked everything.   Why bother trying to get them to do it.  It was quicker for me to do it myself – at least it would get done properly!  Sounds familiar?

After several months of frustration it dawned on me that if I wanted them to stack the dishwasher properly, I’d needed to invest some time training them.

The problem was that I felt I didn’t have any spare time to carry out the training.  It was a leap of faith for me to realise that the future reward would compensate for the time invested in training today.

The cost of failing to delegate

We see this type of thinking in the workplace – the time and effort to develop staff is an investment, and the payoff will only occur in the dim and distant future. Too often staff are set up to fail – for example when a high performing technician is promoted to a manager without any training for the new role.

What’s at play here is a cognitive bias called temporal discounting, where we attach a disproportionate value on the here-and-now compared with the future. The future seems vague and distant, whereas now is vivid and Technicolor!

In financial terms, our brain views £70 today as more appealing than £118 in 3 months time. We also see this type of thinking in the board-room where short-term dividends often trump longer-term investment.

So next time you catch yourself thinking “it’s quicker to do the job myself than get someone else to do it –then correct their mistakes”, STOP.  Think.  What is the cost of failing to delegate?

Don't fall victim to temporal discounting. Doing everything yourself is not a strategy for growth.

Do you have the necessary skills to delegate effectively?

Be the reflection of how you want your employees to be Decision-making: can you trust your instincts? The neuroscience of conflict and emotional regulation Performance review – love it or hate it? Leadership mindset – are you a mulitplier or diminisher? “Playing it safe is a risky business” – are YOUR plans bold enough?